You may have heard of the phrase, “my head is buzzing with ideas.” “Buzzing” may remind you of the low humming sound of an electrical machine. You may be surprised to learn that your brain, much like the machine, actually operates on electricity. Whether you are quietly lost in thought, piecing through math problem sets, or sleeping, your brain cells (neurons) are working hard; they are communicating with each other via electrical and chemical signals. Like the “electro” in its name implies, electroencephalograms (EEG) have allowed neuroscientists to take a peek into the human brain by graphing its bioelectric activity.

To obtain EEG recordings, scientists apply a cool gel onto electrodes, then paste those electrodes onto a patient’s scalp. The electrodes are interconnected by wires. Our brain, which consists of approximately 100 billion neurons, produce detectable electrical patterns (brain waves) when a participant is, for example, picking up a pencil or even imagining an orange levitating.

To understand how brain waves are produced and how researchers interpret EEG readings, we must take a look at the smallest “unit” of the brain: the neuron. 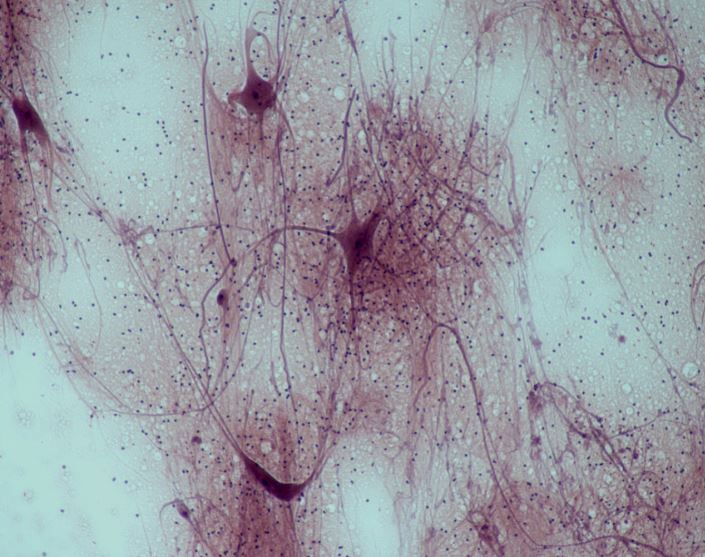 A neuron consists of a cell body, dendrites, and axons. Neurons use their dendrites to “listen” for a specific event. For a sensory neuron in your eye, this could be a sudden change in light. Or, for an interneuron, this could be a message from another neuron. Axons are what neurons use to “speak” to other neurons. Based on trigger that a neuron “hears,” a neuron will produce an action potential, an electrical charge generated by chemical events, to its neighboring neurons. Depending on how intense the trigger is, a neuron will calibrate the strength of its action potential accordingly.

Looking at single neuron will not tell us much about what is happening in the brain. If we were to look at how networks of neurons communicate instead, this gives us a clearer picture. Individual neurons are members of circuits. Thus, a single action potential can trigger a “wave” of electricity across the brain because a neuron can send an action potential to multiple neurons. The combination of multiple action potentials can result in bigger patterns in brain activity, which is where EEG comes in handy.

EEG is just one of the many tools that scientists use as they continue their exploration of the intriguing microcosm of the human brain.